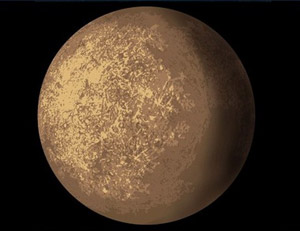 Since mercury is the closest world to the sun the activities of the sun rely a lot on ‎mercury. It is in track with the sun and the sun sometimes becomes unstable because of the ‎negative feelings from Mercury. It is known as the representative for the sun. Despite being the ‎smallest world, it is very heavy, comprising interaction, variation, variety and ‎analysing energy.

Mercury helps us to understand the world around us. It governs our education, environment, family, transport, and communication style. Mercury is considered a personal planet which reflects the psychology of a person. It helps us to understand human psychology better, functioning as a bridge in between a person and the world around. Mercury governs Gemini, Virgo and is exalted within both Virgo and Aquarius.

It takes things apart and then puts them back together showing its positive attitude, optimism and curiousness. It is a personal planet and rules over the personal and psychological aspect of a human being. It rules over Wednesday, with many European languages having the word for Wednesday similar to Mercury (Mercredi in French and Miercoles in Spanish).

Health issues such as thyroid problems, problems in the brain, respiratory tract and nervous system are associated with mercury. In Chinese astrology the element of mercury is water. Thus it is diplomatic, kind and very intuitive. In Indian astrology, Mercury is known as Buddha, or better as Buddhi, which signifies intelligence and represents communication. People under the influence of mercury are very intelligent.