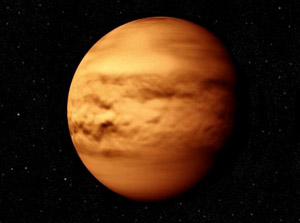 The second planet closer to the sun and the brightest natural object in the night sky after the moon is venus. Venus rules over two signs that include both Libra and Taurus. Venus is considered as the goddess of love and exquisiteness, famous for the passions she could stir among the godsVenus represents two things in our life such as wealth and love. Venus also influences relationships, represents self sacrifice and harmony. Venus is a fast moving personal planet that represents mans ordinary day to day mind, and the woman he desires. Venus affects our social attitudes, modesty, virtue, sincerity, beauty, happiness and well-being, sense of beauty, love and peace. It encourages people to socialize and make friends. Venus also strongly focuses on sexual interactions.

Venus is more or less similar to mercury. Both of their life cycles are of three months. However Venus s energy is more than mercury's. Venus rules over the sense of beauty love and peace. The planet has a strong connection with romance as it dominates over the hormone estrogen. It is known as the building block of society as it encourages people to socialize and work together as one. A strong independent Venus finds it difficult to find another of the same character.

Venus also dominates over desire with the word "venereal" referring to diseases of Venus and lust.